His foundation will promote Cowboy Ethics, a strong ethics codes that

has been instilled in many of the high schools across the country.

field. He was All State in football 3 years and MVP of the league for track 4 years, his junior he was able to make the honor roll. 1992 he took a full scholarship offer from the University of Colorado at Boulder, in his freshman

season he fell short of lettering for the buffs only playing in 62 plays that season. Going into his sophomore season he knew he needed to prove something, he worked very closely with strength coach Doc Kreis to improve his overall work ethic. His sophomore season he started in six games and rushed for 900 yards, he would also earn all Big 8 first team honors. As a junior in 1994, Salaam had one of the best individual seasons in college football history, rushing for a school-record 2,055 yards and becoming only the fourth college running back to run for more than 2,000 yards in a season. He also amassed 24 touchdowns and helped lead Colorado to an 11–1 record, including a 41–24 win over the Notre Dame Fighting Irish in the 1995 Fiesta Bowl, and a No. 3 finish in the final Associated Press Poll

The Chicago Bears selected Salaam in the first round of the 1995 NFL Draft, and he played for the Bears from 1995 to 1997. As a rookie, he rushed for over 1,000 yards and scored 10 touchdowns. After ending his career in 2003 Salaam has been involved in many different business ventures that have taken him around the world. In 2005 he

moved to Beijing, China to start a company called Art of War Fighting Championships. He still travels back and forth to help with some of the premier events. In 2011 he teamed up with Robert Hawkins to help with a project to help with underprivileged kids, keeping a behind the scenes status to not take away from the work that Mr. Hawkins had done. In January 2014 Rashaan wanted to a more hands on approach – with his other investments doing well he wanted to work closer with the youth to tell his story. His foundation will promote Cowboy Ethics, a strong ethics codes that has been instilled in many of the high schools across the country. The Rashaan Salaam SPIN Foundation will focus on spreading the word of Cowboy Ethics to the youth through leadership programs and athletic developmental programs. 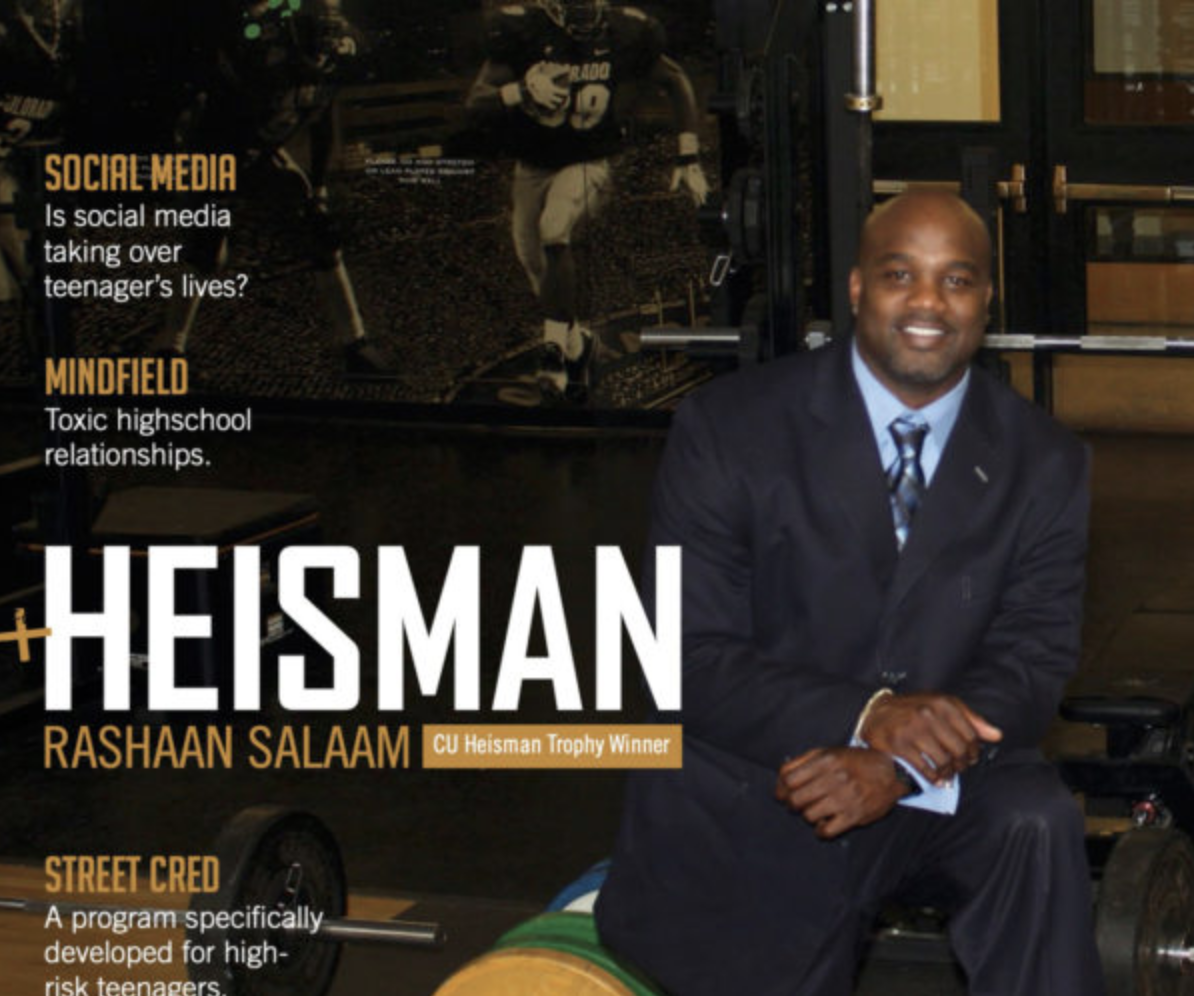